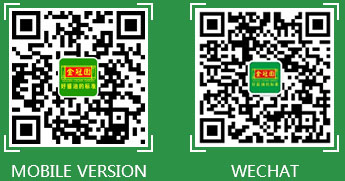 Page view
[Abstract]:
FromMay19thto29th,thePhilippine-Chineseyouth“Chineseroot-seekingtour”summercamporganizedbytheOverseasChineseAffairsAssociationofLuoshanLingyuanXintangwasorganizedbytheOverseasChineseAffairsOfficeofJin
From May 19th to 29th, the Philippine-Chinese youth “Chinese root-seeking tour” summer camp organized by the Overseas Chinese Affairs Association of Luoshan Lingyuan Xintang was organized by the Overseas Chinese Affairs Office of Jinjiang. The summer camp of 36 Chinese philippines from these towns and villages was successfully held. The students returned to the Philippines with full affection and nostalgia. They visited the Tan Kah Kee Memorial Hall to feel the patriotic sentiments of Mr. Jiageng and experienced the magnificent scenery of the Wuyi Mountain. It is impossible to forget the native culture of Jinjiang.
The organizers of this trip were full of local flavors. The campers visited the Mani temples of the national key cultural relics protection units, and learned Chinese traditional culture and Hanfu etiquette knowledge at Longquan College. They also visited and learned Chinese martial arts at Quanzhou South Shaolin. Lingyuan Mountain Lingyuan Temple experience Buddhist culture. The campers toured the Anping Bridge, which is known as the bridge under the bridge of the world, and lamented the wisdom and greatness of the ancestors.
At Luoshan Middle School, the Philippine Chinese teenagers studied together with local students on a one-to-one basis and stayed at the home of the twinning students to learn Chinese paintings, group dances, and poetry recitations at Xinqiao Middle School.
Wu Wenfu, chairman of the Jinjiang Luoshan Lingyuan Xintang Overseas Alliance and chairman of Golden Delicious Food (Fujian) Co., Ltd., devoted a lot of effort and energy to summer camp and sponsored Philippine youth campers to fly back and forth airline tickets. He said: “The majority of these students are the first After returning home to seek roots, through these activities, these new generations of Chinese have increased their feelings for their hometowns and Chinese culture. This will enable them to forget their roots. It is worth investing in this effort!”
Previous article:
Golden Delicious Food won the third prize of scientific and technological progress in Jinjiang City in 2015
Golden Crown Food (Fujian) Co., Ltd. was identified as "Fujian Condiment (Soy Sauce, Vinegar) Production Benchmarking Enterprise
Next article: